Everyone is born with an innate ability to achieve and reach a level of personal, professional and spiritual success. We all have even a greater capacity to exceed those levels and become what is called a “high achiever”. Along the way certain things can derail these pathways, unfortunately many times these path alterations are rooted in mental health. Not so long ago there were two athletes who were on a trajectory as “the greatest ever in their chosen sport”. Both of these gentlemen had the world in front of them, in talent, in support and in years to make that greatness happen. Mike Tyson and Tiger Woods were on that fast track to the greatest ever, but undiagnosed or even worse, untreated mental health issues took them both off their pathways. 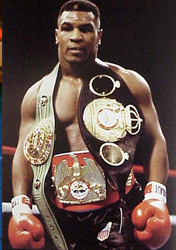 In the 1980’s there was no one as talented or ferocious as Mike Tyson in the boxing ring. He was an 18 year-old phenom; at 20 he was the youngest Champion of the World. By age 21 he was the Unified World Boxing Champion defeating each opponent in less and less time. Just days before his 22nd birthday, Mike Tyson knocked out the number one challenger Michael Spinks in 91 seconds. Tyson at this young age was already being discussed as the possibly the greatest of all-time.

It was at this point that Mike Tyson’s life began to unravel. A bad marriage, bad professional management and bad decisions took this untouchable athlete from “can’t miss”, to criminal, to drug addict, to retired “what could have been”. By age 38 he was a shell of his former self, a sad case of a man beaten by demons who lost his will to box and his will to live. He only continued to box so he could pay his bill collectors. So what happened to the champ?

In 1998 the Las Vegas Boxing Commission ordered that Mike Tyson undergo a psychiatric test. (1) The results concluded that Mike suffered with “poor self-esteem, anger issues and impulsivity”. Later it was determined the Mike suffers with underlying depression. (2) Over the years Mike used drugs, most particularly cocaine and alcohol to self-medicate his condition. In an interview from 10/29/14 Mike stated that he often thinks about suicide and that “suicide is a comfort”. (3) Today he regularly talks about his mental illness and the battles he faces daily.

In the late 1990’s there was no bigger athlete than Tiger Woods. Tiger was not only winning regularly but was one of the most marketed people in the world; 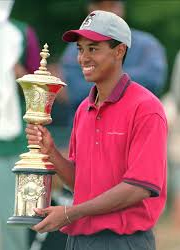 signing some of the most lucrative endorsement contracts ever. In 1996 he was named Sports Illustrated Athlete of the Year and the PGA Rookie of the Year. In 1997 at the age of 22 Tiger was the youngest person to ever win the Masters. Just a couple months later he became the fastest ever to reach the illustrious “number one golfer in the world”. In 2001 Tiger held all 4 major titles at the same time, being the first golfer to do so in the long and proud history of golf. Through 2008 Tiger won 14 major tournaments (second number of all time) and was ready to challenge Jack Nicklaus as the best golfer of all time.

In 2010 Tiger’s career began to unravel. At age 35, which is still the prime of most golfers career, Tiger began a process of well-publicized faux paus starting with his Thanksgiving night spousal eviction from his home. During those years of success it was revealed that Tiger was a serial adulterer, obsessive gambler and hard partier. Why would someone who had the world in his palm; a wife, child and generations of income in the bank spend years in secret, living dangerously close to throwing it all away?

In 2013 Tiger made it all the way back to being ranked number 1 in the world, at that same time an article was published in Psychology Today which talked about “Emotional Control” and Tiger’s lack of it, as well as when he does find those pockets of control his life and his game are better.(4) In a 2010 article Dr. Drew Pinsky, famous psychiatrist felt that Tiger has something deeper going on with his mental health. The fact that Tiger is a “sex addict” and admitted at a press conference that he had been in treatment for this addiction, he felt that Tiger had deeper issues of “depression and/or harmful thoughts”. (5)

Mike Tyson may be suffering with diagnosed mental illness, but Tiger has shown levels of mental health unevenness. Was mental health the reason both of their paths came crashing down? Would early identification and/or treatment have continued them on their path to immortality? There is no empirical evidence that would prove this, but there are strong examples of anecdotal evidence that make us believe intervention would have helped.

How does this benefit the person in Oakland, either adult or child? Both Mike Tyson and Tiger Woods created models that can be studied: both are extreme examples but because they are easy to read they represent microcosms of what may happen in the every day life.

Would someone feeling down not be as good a mother or father? Would a child who has difficulty at home have the same difficulty in school? Would a middle school or high school student suffering with anxiety or depression experiment with self-medication? There are multitudes of examples. Mental health disturbances at any level does not allow for the free expression of our god given abilities. We all may not become the greatest in our chosen life endeavor, but then again…….. maybe we can!